Mining Tax Repeal – How are you affected? 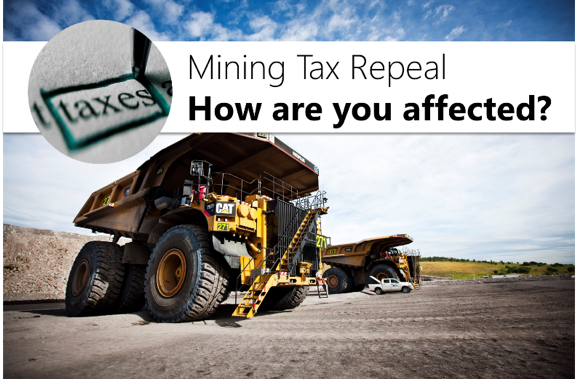 How are you affected?

There’s a lot of hype at the moment as the legislative calendar gets into full swing in the Senate. Recently the government successfully repealed the Mining Tax, which has come with a series of concessions.
So what does that mean for you? Without the politics and media beat-up we want to get to the bottom line and let you know how this will affect you.

The Mining Tax is officially titled the ‘Minerals Resource Rent Tax’ and was passed into law by the previous government in 2012. This Bill was largely controversial due to the Australian economy’s heavy dependency on the mining sector.
To repeal the tax however, the Government have had to make some compromises.

What does that mean?

Several changes to the superannuation guarantee schedule have been proposed in the past. Below is a table outlining approved, proposed and denied schedules *CSG = Compulsory Superannuation Guarantee. 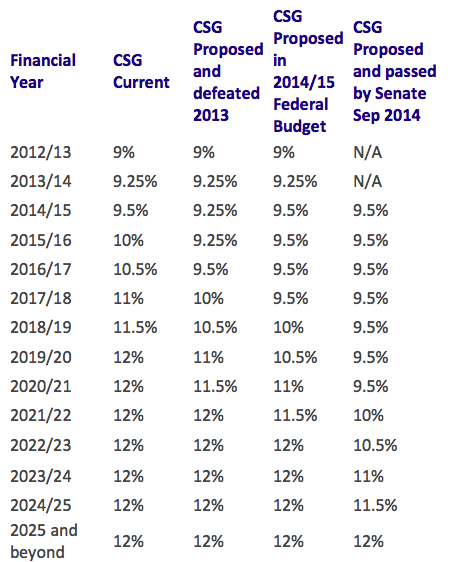 Asset Write off and Depreciation Changes

These changes have turned the clock back on small business asset depreciation claims. From 2012 small business entities (SBEs) could deduct assets costing less than $6,500. As of 1 January 2014 this amount has been reduced to $1,000 for an immediate deduction. Assets costing more than $1,000 will need to be allocated to the SBE’s general pool and depreciated at 15% in the first year, and 30% in the years to come.

What this means for Employers and Business Owners

Simply that your current compulsory superannuation contributions for your staff should remain steady for the next 6 years. This will help with business planning, wages and salary packages. If you’re using Xero for your accounting package, these superannuation rates are changed automatically so you don’t really have to think about them from an administration point of view.

It is however, important to understand how the depreciation and loss carry back rules effect you and your business. Cash flow is king in business and effective tax planning is a key. If you are concerned about any of these changes or would like to know how to manage your cash flow more effectively please contact us.

What this means for Employees

Many employers and industry groups have stated that the increases in the super guarantees would in some way come out of wages offered to employees.

Therefore, employees should have more money to take home making it the BEST time to get some advice on how best to plan for your retirement.

This delay in the superannuation guarantee can be a good thing as you will have more cash on hand to either invest or to kick into your super yourself.